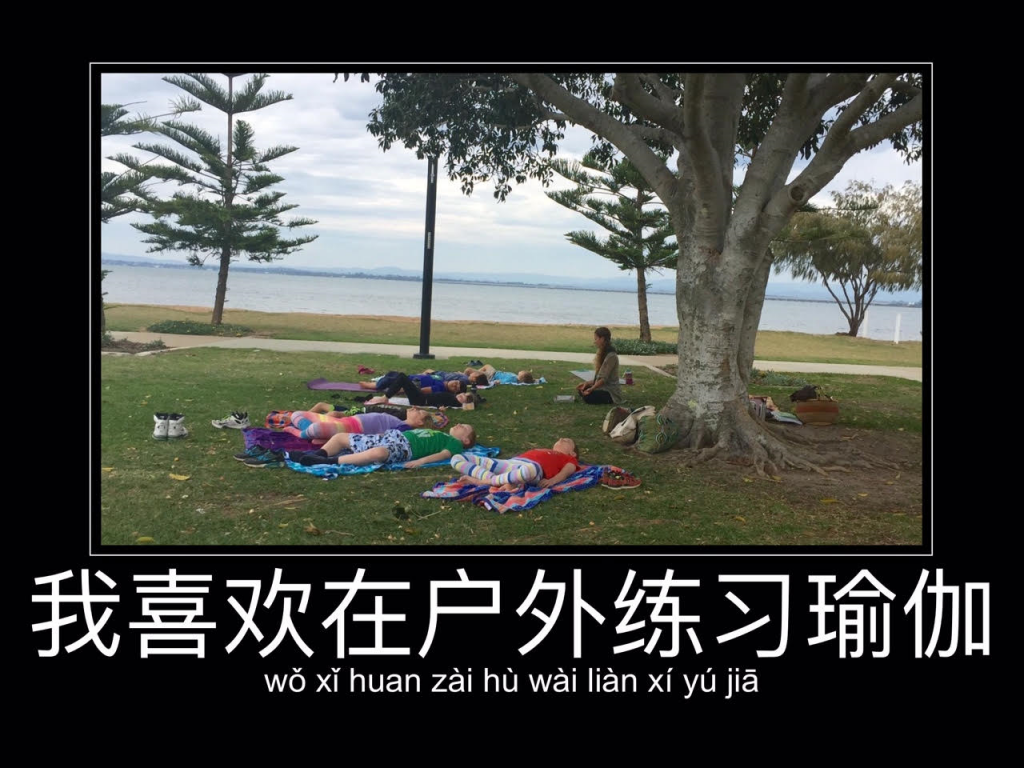 Our kids did Yoga with the lovely Areti from Sunny Soul Yoga yesterday, and enjoyed every minute of ‘being’ with Areti, their friends, and the trees around them.

Through their Mandarin journey and travels they have come across lots of amazing arts from Lion Dancing to Hip Hop Stilt Acrobatics, and have learned that the skills needed for such arts come from the basic arts of Kung Fu…and even skills from that one where you kind of stand still on one leg like a rooster breathing and moving an imaginary ball around…Tai Chi…is also needed for such amazing performance art.

But when I asked the kids where ‘Yoga’ comes from, they first said ‘Yoda’ :-), closely followed by ‘China’…, then a random list of countries came out waiting to hit the right one, including a desperate ‘Katkanistan’…but they didn’t get there!  They concluded it is ‘a bit like Tai Chi’.

I am sure they will learn lots about Yoga as they travel along a new Yoga journey with Areti!  But in the meantime, we have learned a little about the ‘word’ Yoga in the Chinese language…. 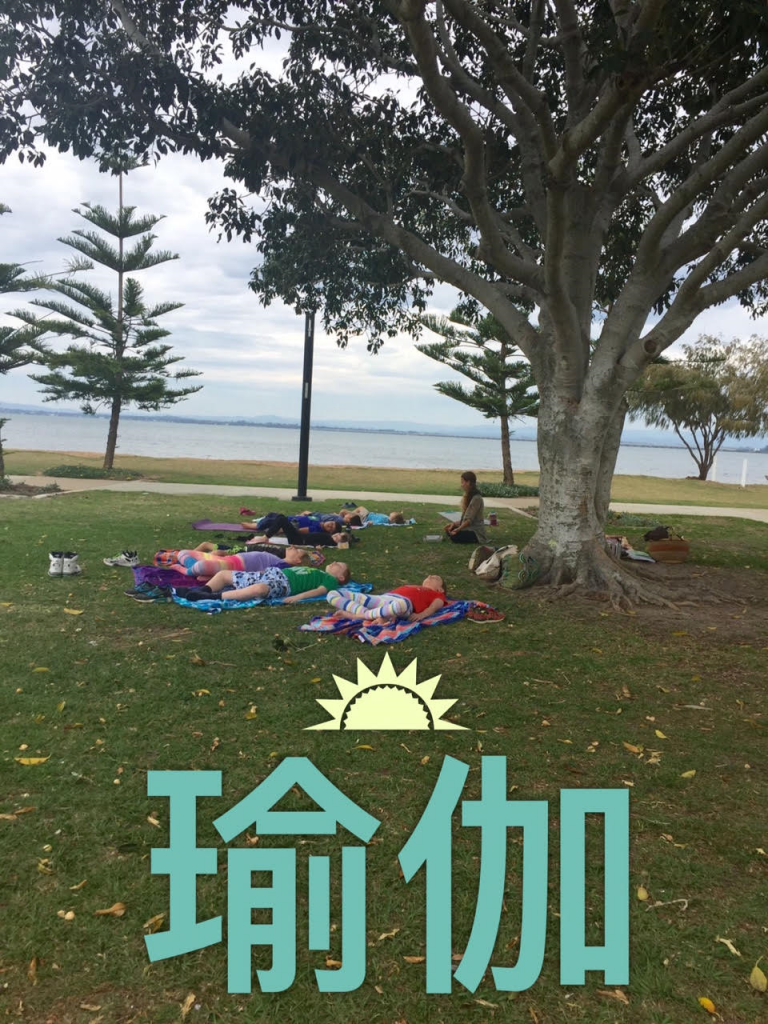 Yoga in Chinese is 瑜伽, pronounced ‘yú jiā’.  It is what is called a ‘loan word’ in Chinese.  This means that this word never really existed in China, so they had to make one up using either sounds or meaning.  (Could this be a clue that Yoga does not come from China? :-))

This ‘loan word’ has a little bit of both ‘sound’ and ‘meaning’ in its formation.  The 瑜 character alone (yú) means ‘excellence’ or the ‘luster of gems’.  The 伽 character is pronounced ‘jiā’ in the word for Yoga.  When you break this character’s components up, it is made of ‘亻’, the ‘standing person’ radical and ‘加’ which means ‘to add, apply, give support’.  Beautiful characters to convey such a meaning for ‘Yoga’: excellence in giving support for the standing person!

伽 is also phonetic character used in names, and is also often pronounced ‘ga‘ such as when it is used in the Chinese word for ‘omega‘ and the name ‘Galileo’! You would think retaining the ‘ga‘ pronunciation sounds better for a word that sounds like ‘Yoga‘ in English…so why have it as ‘jiā’?  Well when you look at the origins of the word ‘Yoga’ it comes from the root ‘yuj’ means “to add”, “to join”, “to unite”, so the ‘jia’ pronunciation actually makes more sense and sounds more like the original word!

But until we learn more about ‘Yoga’, its origins, philosophy or what a Yoga lifestyle is, we can just ‘be’ with it and say ‘我们喜欢在户外练习瑜伽’ (wǒmen xǐhuan zài hùwài liànxí yújiā ) ‘We like doing Yoga in the outdoors’ (literally, or as Yoda would say We like in the outdoors practice Yoga).