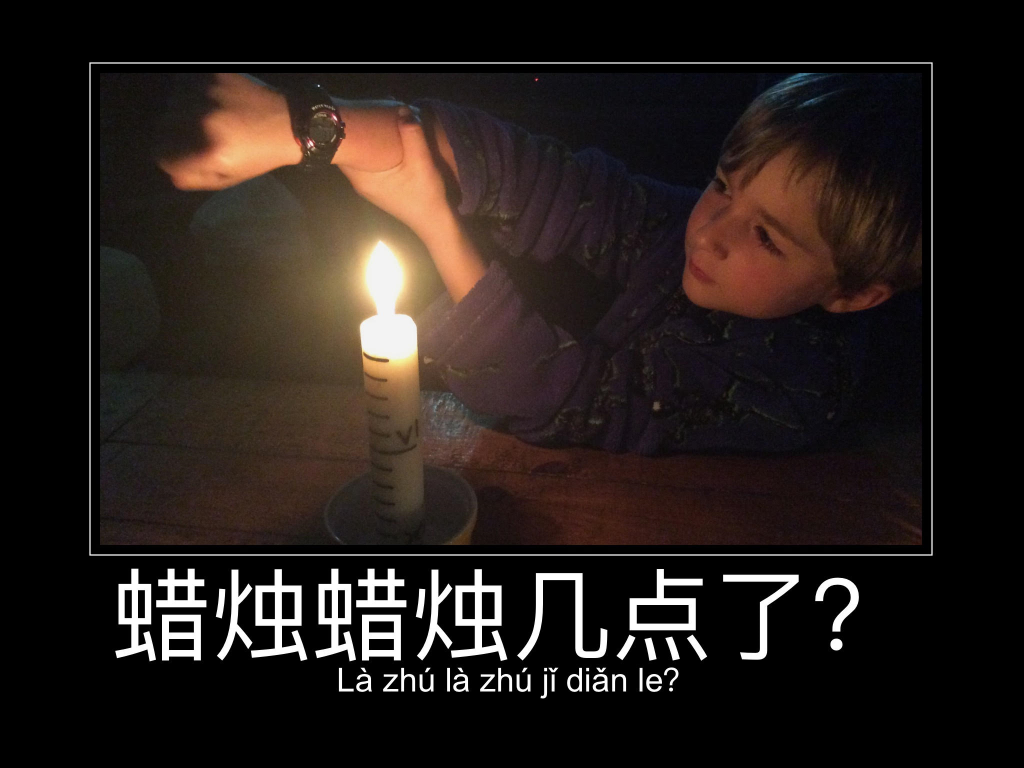 Candle, candle, what time is it?

We had to play cards by candle light on our no electricity day! One of the candles we used was an ‘hour’ candle that we bought from the Tower of London many years ago! Such candles were apparently used by monks in the olden days to measure the hours of study that they did! So we lit the candle, and Lucas timed it on his stop watch, to see if it actually did take an hour to burn to the first notch! Each notch truly was ‘一个小时’  (yī gè xiǎo shí), 1 hour!  The candle had roman numerals on it, so it was a great opportunity to learn our numbers in Roman Numerals!

If you don’t happen to have an hour candle from the Tower of London, you can practice by playing the wolf game!  Here’s some vocab that might help!