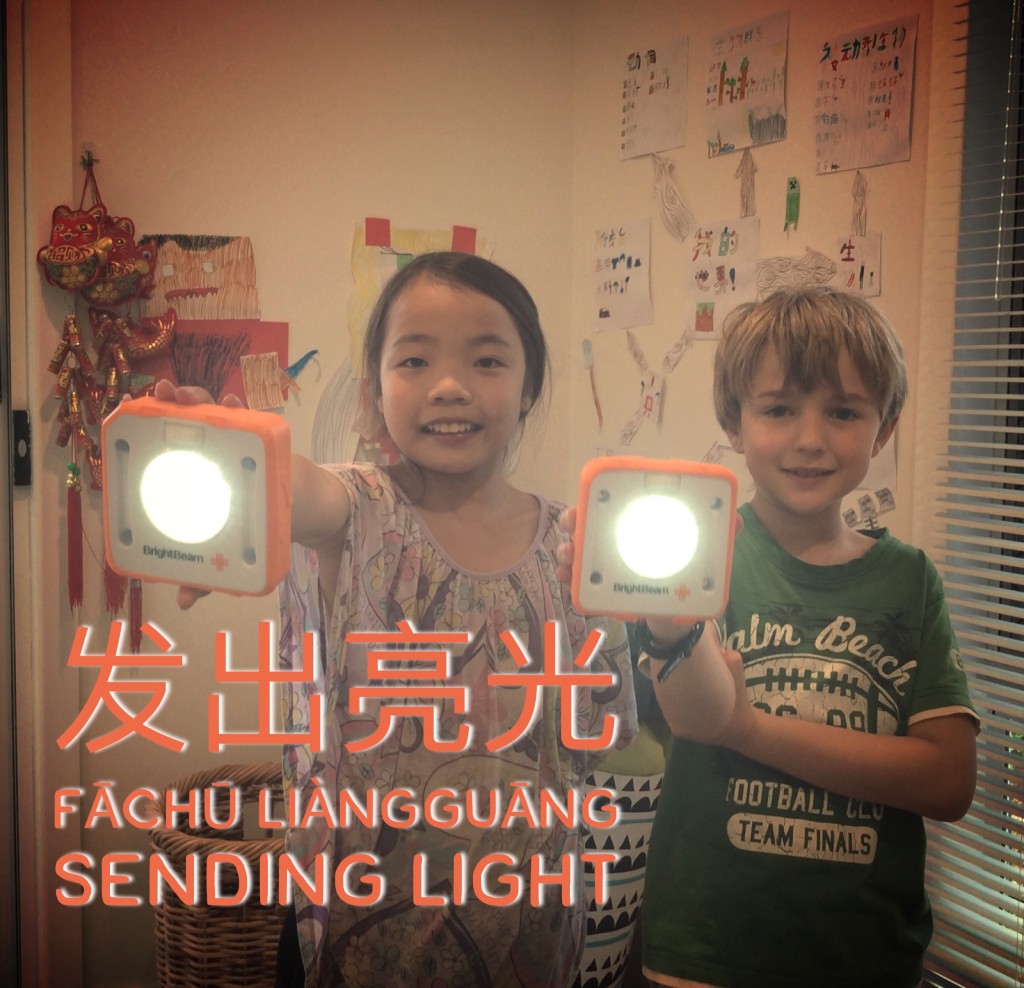 After researching all about Energy Poverty, making solar buddy lights, and spending a day without electricity,  and linking our learnings to the Global Goals, it was time to promote an ‘Awareness and Fundraising Event’.  Here is the video the kids made to upload to a few local community Facebook groups to let them know where and when they would be there to share their learnings about Energy Poverty and the Solar Buddy Project with the community:

The kids do Sandgate Parkrun every week, so decided to set up their awareness stand at the Parkrun meetup point.  The organisers of Parkrun were happy to let everybody know about what the kids were doing.  Aurora even stood up in front of over 300 Park Runners to share their learnings of Energy Poverty and their goal to raise $40 to send two solar buddy lights to kids in Uganda. She finished her speech by kicking an inflatable world globe into the crowd shouting ‘Let’s kick a Global Goal!’ 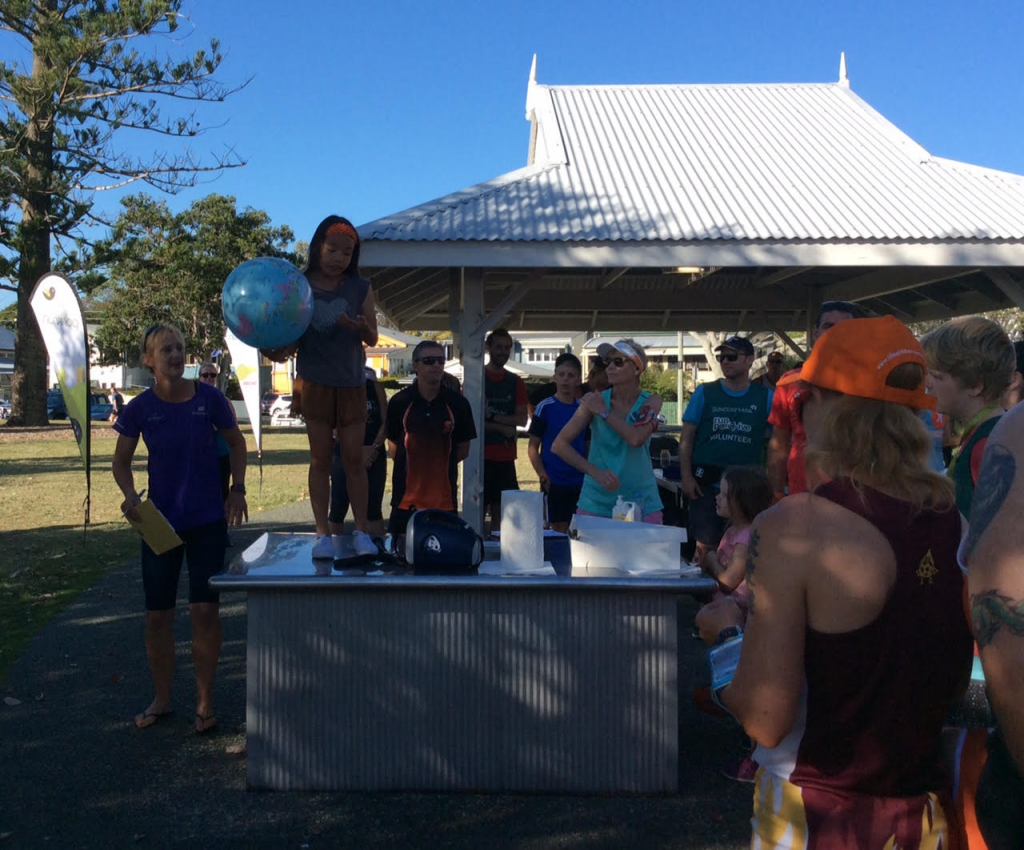 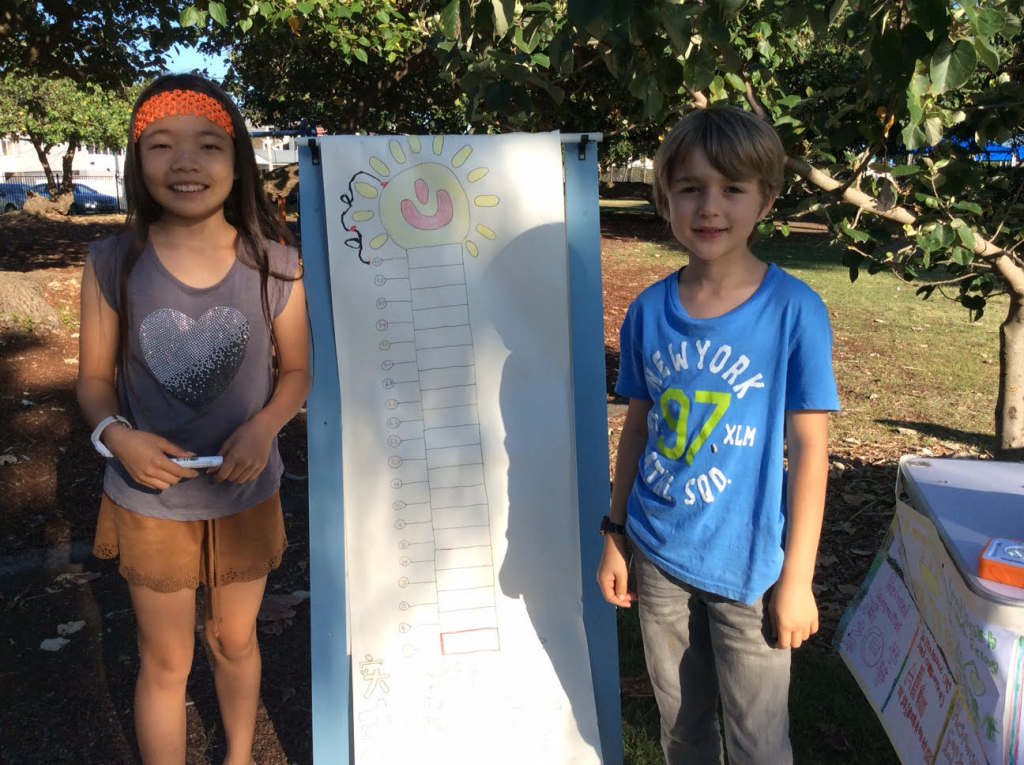 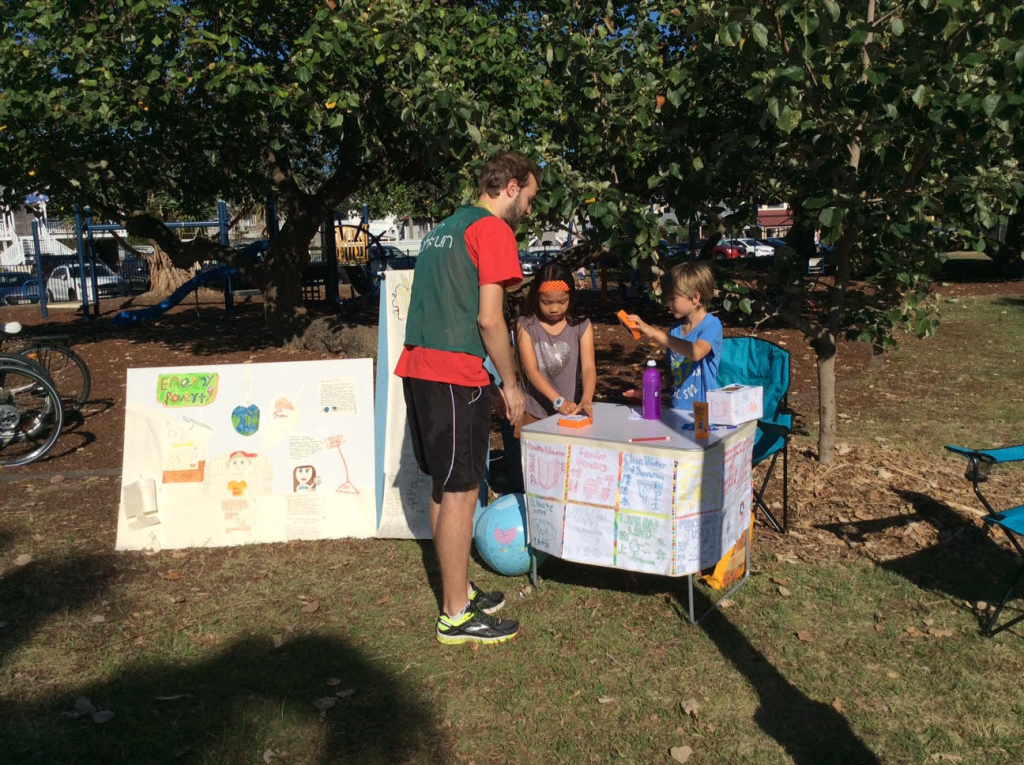 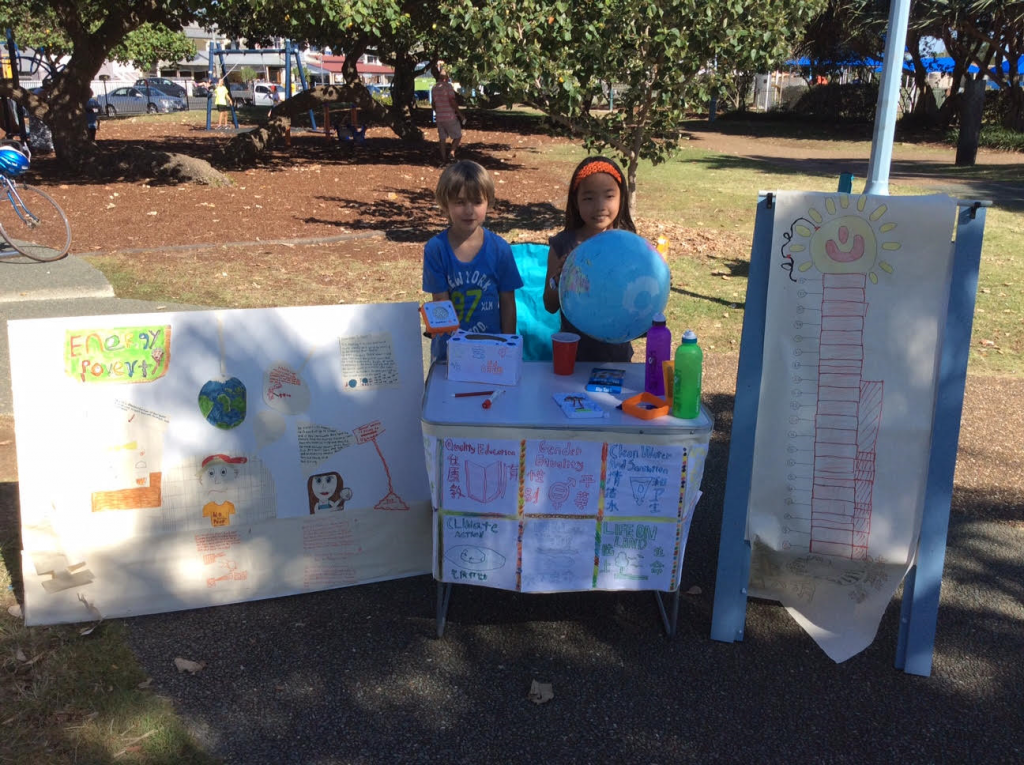 The kids raised the $40 they needed to send their lights to kids in Uganda, but the money kept coming…they ended up raising an additional $100 to send 5 more lights to kids in Uganda!  Most importantly, they got to speak to so many people, including children and a couple of teachers, about the Solar Buddy Project, the Global Goals and what they can do to help kick some more goals!

The kids have learned a lot of skills running this project from start to finish…researching, creating their display, promoting, organising an awareness and fundraising event…many skills they can now transfer to their next project.  Of course as always, we learned many new Chinese words, ones that we don’t use around the house very often in Chinese…but ones that the kids will see many times again as we embark on more projects to be part of achieving the Global Goals!