Firstly, the game we played with the older student group last week is on the How do I learn Chinese website.  Both older kids and little kids will enjoy the vocab building games on this site!

We will read this book this week with the little kids: 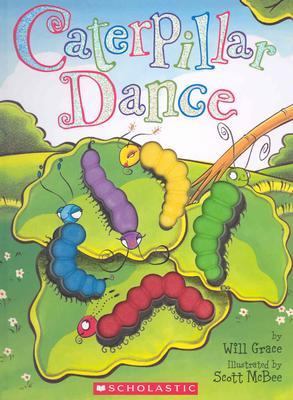 For older kids (little kids will also be singing the song linked below too), on the topic of vocab building games…my kids have a lot of fun playing the game ‘Pass the Bomb'(Junior edition) which kind of ‘groups’ vocabulary. 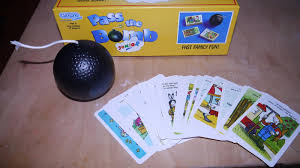 The idea of the game is to set the bomb timer. The timer randomly lasts anywhere between 10 and 60 seconds, so you never know when the bomb will explode.  You pick a card which has a picture and topic of say ‘at the beach’, and you have to pass the bomb around, and when you have hold of the bomb you have to think of and say a word associated with the topic.  If you have hold of the bomb when it goes off, well technically you blow up! It is a fun game that gets you thinking really quick so that you can quickly pass the bomb to the next person!

The cards are in French and German too, so great for LOTE games! But of course we will play in Chinese!

Older students have been learning many songs with very useful sentence patterns, but also with lots of face and body parts in….so this week when we 玩游戏 (wán yóu xì) ‘Play a game’, we will play ‘pass the bomb’ with the topic of body parts! I will leave all the displays up in the classroom for reference for a few games,  then we might test our memories! Don’t ask me for a vocab list – find the songs on my website and make your own body part list!  Here is a video of my kids playing the game:

In Chinese I have called this game 一颗定时炸弹 (yī kē dìng shí zhà dàn) or ‘Time Bomb’.  To say ‘the bomb exploded!’ you can say 炸弹爆炸了！(zhà dàn bào zhà le!).  Can you see the simple character 火 (huǒ) squashed to the left of 3 of the characters in the previous sentence?  火 means ‘Fire’, and the basic component looks like the picture below: When you see this simple component in more complex characters, it generally is a clue that the character has something to do with ‘fire’!  炸弹爆炸了 has the word ‘bomb’ and ‘exploded’, so lots of 火 characters!  Here are a few more examples: 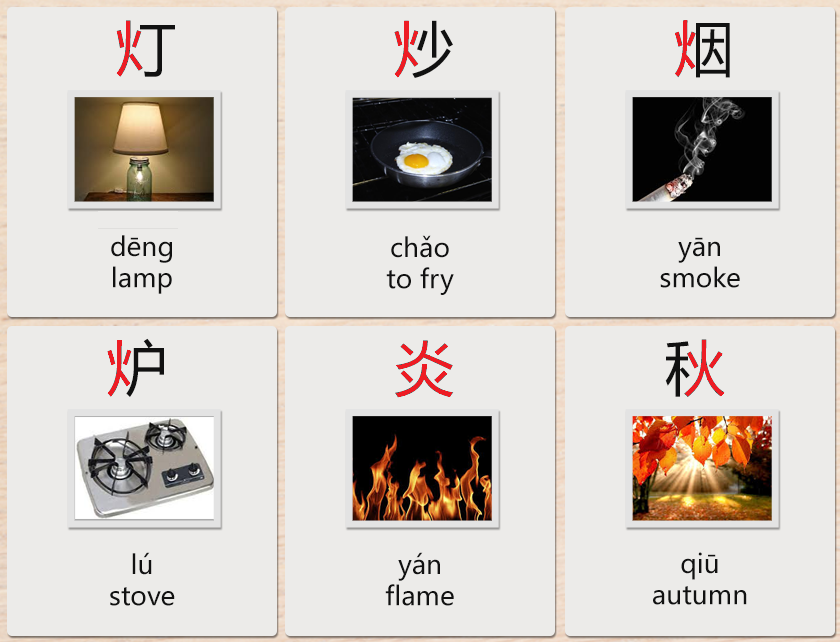 In the meantime here is a new song with a few more body parts in to add to our ‘list’.  We will also learn an important verb 给(gěi) to give, and reinforce 上下 (shàng xià) or ‘Up / Down’ a little more! We will sing this with the little kids too!

Happy singing, see you all tomorrow!