This week the kids’ Uncle Stan dared a parachute jump over a lovely Aussie beach before he returned to England! It was awesome to watch him land, and we used the opportunity to integrate some math, science and Mandarin! Here’s a little story in Mandarin first: 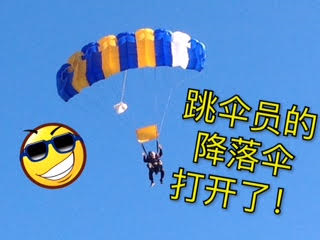 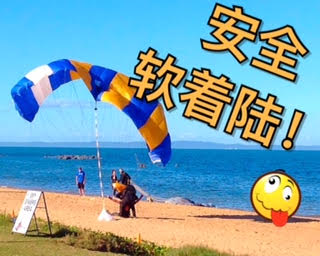 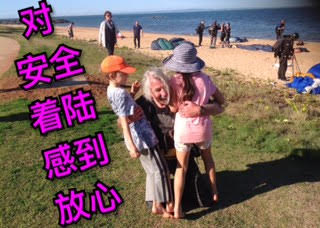 Before we left to watch him land, we watched this video to try and understand what actually happens when you jump out of a plane! We learned about speed acceleration within the forces of gravity and air resistance (and their balancing point), firstly during freefall, then after the parachute has opened.  A constant dropping speed of 55 metres per second is reached during freefall!  Glad Uncle Stan safely hit the ground at a constant dropping speed of 5 metres per second after his parachute opened! To express ‘per’ in Chinese we can say: 每秒五米 měi miǎo wǔ mǐ (literally: each second 5 metres).