Take a look inside your head and see who’s helping you make decisions.

We have put the Chinese names of the ‘Inside Out’ characters in the above picture. In the movie these characters are collectively called 情绪小人 (qíngxù xiǎo rén), literally meaning ‘state of mind little people’.  There is something quite common though about words in Chinese that have something to do with emotions, feelings, thoughts or the mind….

The character for heart in Chinese is 心 (xīn).  Can you see this character in this drawing by Aurora? 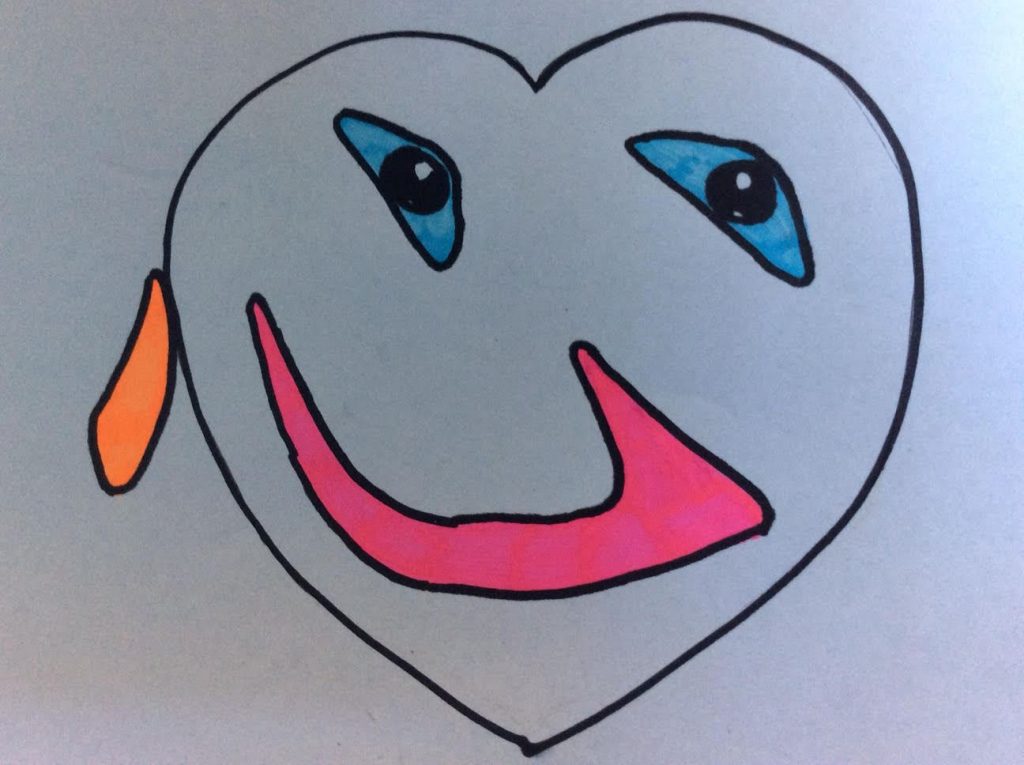 心 can also be a ‘radical’ component (心字部首xīn zì bùshǒu) in more complex characters, and can appear in two different ways. It can be squashed down the bottom of a character like in Anger’s name above 怒怒. Or modified and squashed to the side of a character looking like this忄in Fear’s and Sadness’s name  怕怕 and 忧忧.  Characters containing the heart radical are often to do with emotions and thoughts.

In Anger’s name 怒 the top part of the character 奴 means ‘slave’, together in 怒 it’s kind of like saying a ‘slave to the heart’, letting anger control you. The right side component in Fear’s name 怕 is 白meaning ‘white’. Your heart certainly drains all the blood from your face when you’re frightened and your face goes ‘white’ with fear.  So these are neat little ways to remember these ‘heart’ radicalised emotional characters 🙂

In the movie, every event forms a memory, just like this. 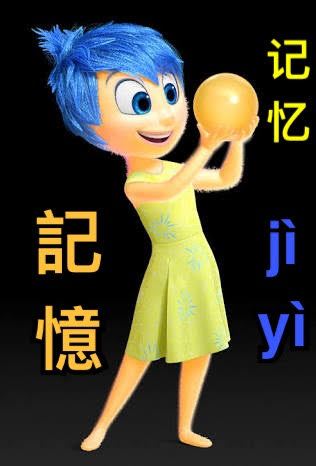 These memories in Mandarin are called 记忆, (jìyì) again we can see this modified squashed to the side heart radical in 忆. The traditional form of this character is憶.  The right side component 意 (having the heart radical itself squashed at the bottom!) means ‘thought or meaning’. You can see how this combined with ‘heart’ creates a ‘memory’.

As stated earlier, these emotional characters in ‘Inside Out’ are called  情绪小人 (qíngxù xiǎo rén) in Mandarin, literally ‘state of mind little people’.  Can you see the heart radical in their collective name?

Here are their names in pinyin so you know how to say them: 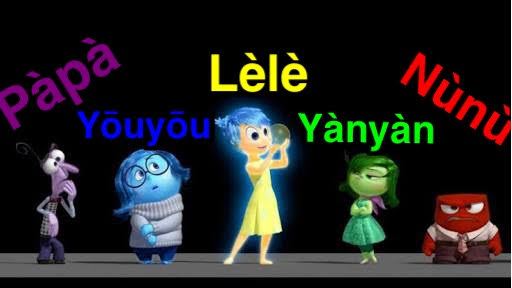 As a side note, the movie in Chinese was called 头脑特工队 (Tóunǎo tègōng duì) literally meaning ‘special agent team of the mind’ 🙂

Have fun with their new names, look out for that heart radical (it’s in lots of characters!) and be mindful of those emotions in your head, let them work as a team for you, 全心全意 (quán xīn quán yì) ‘wholeheartedly’ 🙂