Well the kids and I just had a snuggle on the couch together watching Kung Fu Panda 3 again. We ended up singing ‘Everybody was Kung Fu Fighting’ around the house in Chinese afterwards…so thought I would share this awesome Chinese version with you so you can do it too！ 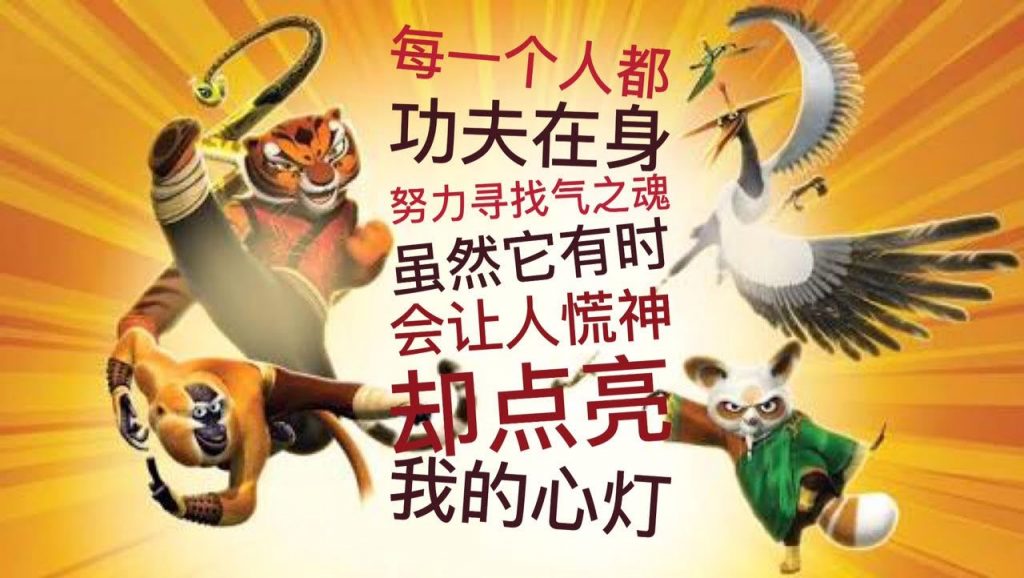 When the movie first came out we learned another one of the bilingual songs on the soundtrack,  ‘Try’ by Patrick Brasca and Jay Chou. By clicking on the link it will take you to our blog page where you can watch the video to this song, and get the lyrics.  It’s a bit of a challenging rap in Mandarin 🙂

But it’s the track that closes the movie that gets you doing those Kung Fu moves…yes we are all Dragon Warriors inside 🙂 The first movie closes with the song ‘Kung Fu Fighting’ too, but in Kung Fu Panda 3, Hans Zimmer has changed the music to it a little, and it is in Chinese 🙂 You can listen to it here, lyrics in both characters and pinyin to sing along are below the video 🙂 The second half of the song is in English.  I have made bold the 4 lines of the English part that are the ones that have been translated in the Chinese part. 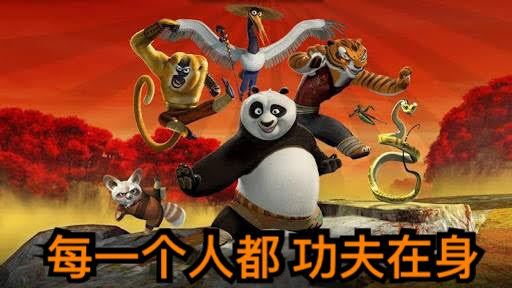