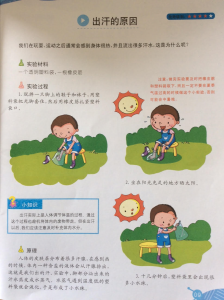 Well, over the last 12 months of homeschooling, and integrating Mandarin into our daily routines, I feel kids are now ready to integrate Mandarin into our other learning areas a step further…making a little transition to actually learning in Mandarin.

I bought a series of primary school science experiment books last time I was in China, and feel my kids are ready for them! We are starting on level one, the ‘science’ concepts in this level are probably a little simple for their ages, but a good place to start to allow them to get used to the terminology of a science experiment in Chinese.  For the first one, I gave them the following steps, to see how they go. 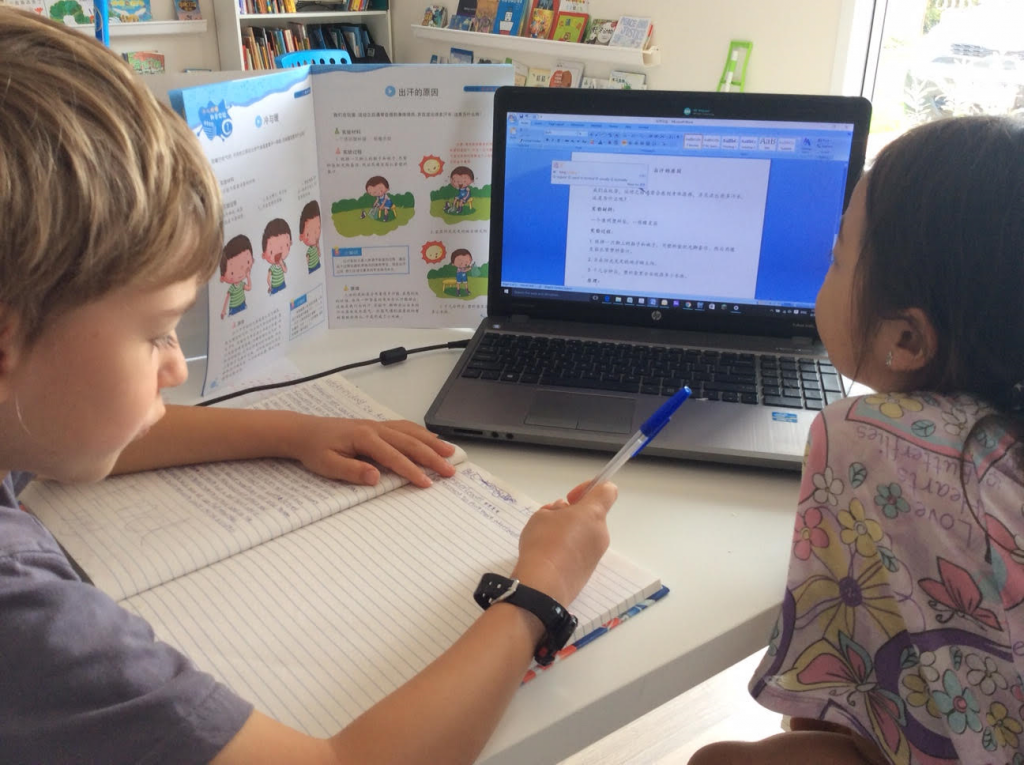 The steps may change as they become familiar with more science vocabulary, including writing or talking about it in Chinese.  Although, as expected, their translation was not perfect, they managed to follow the steps.  As expected some guidance with the ‘theory’ of what was happening was needed to write about it in English, but they got the gist!  For the first attempt a great exercise, and I feel it is something we can include each week into our schedule…it will only get better each time! Some key vocab that they will encounter EVERY experiment is below, we will spend some time on these as we do subsequent experiments, as they are important for them to learn the process and safety of a science experiment. 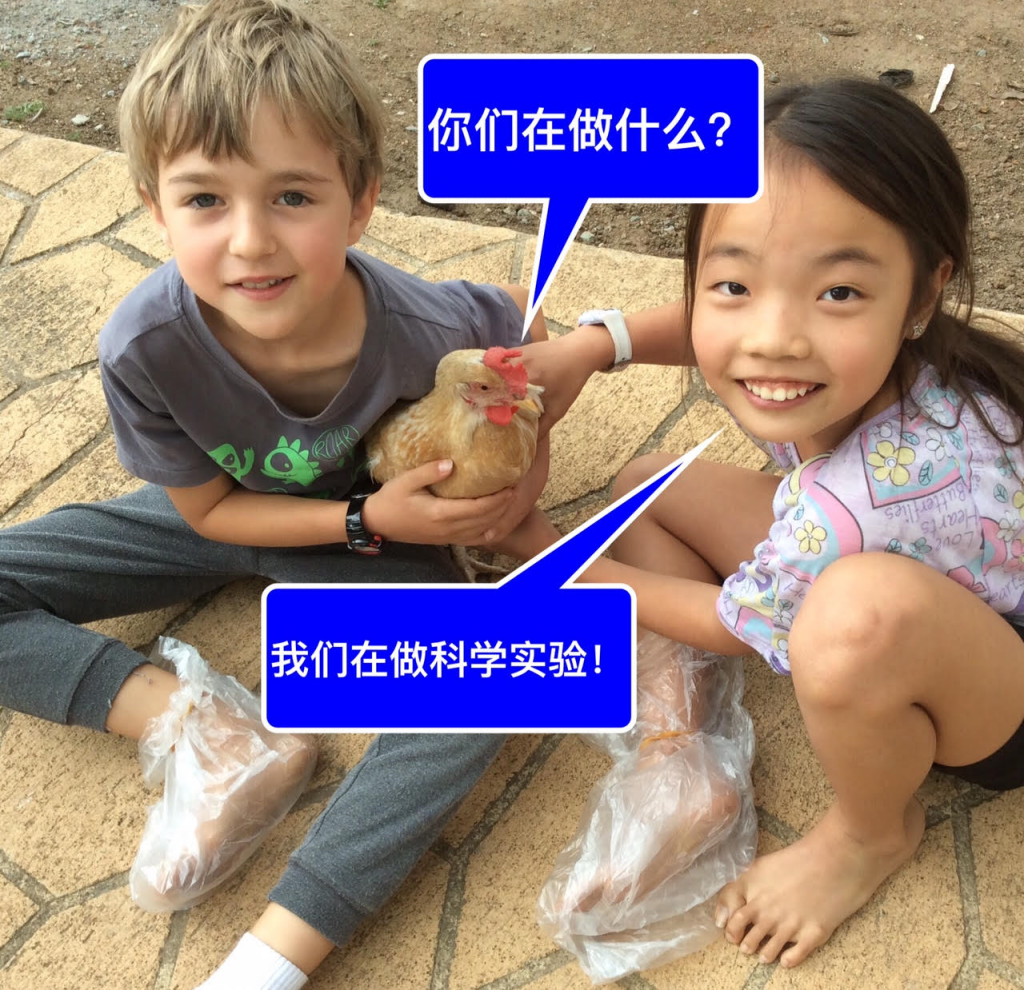 Doing the experiment, which involved wrapping a plastic bag round their foot, with a visit from one of their chickens!